Mailbox: We will mail Swtor Credits to you via Mailbox in the game, which is fast and efficient.

Since your package in-game can at most hold up to 4294M credits, don’t exceed this limit; otherwise, the exceeded part will be taken by the game system. We will deliver credits to you several times, and please store them in your inventory.

Please be sure not to click the "Return" button on the Mail of the received gold from us.

How do I buy and receive credits in SWTOR?
After making your purchase, we deliver your SWTOR credits directly to your mailbox. It’s the fastest, most secure way to deliver credits. When you purchase from us, we’ll get your character’s name and a few other identifiers to help us ensure it’s going to the right person.

In SWTOR, players can send items and credits directly to the mailbox of players in their own faction. We maintain professional accounts in both factions to make it easy to deliver to players in both the Sith Empire and the Galactic Republic.

How do I get the SWTOR credits I purchased?
There are a few easy ways to collect your mail in SWTOR. There are mailboxes in most of the major areas, so you can collect your credits there after it is sent. Mailboxes are often located near bind points and taxi services.

If you’re using the legacy system (available at level 10) to link characters on the same server, you’ll have access to a couple of additional ways to access your mailbox. You can pay 500K credits after reaching legacy level 10 to get one on your ship, or you can spend 50K for a summonable field mail droid.

If you have any questions about the ordering process, you can talk to us 24/7 online through our live chat. We’d love to help!

How do I buy SWTOR gold?
There is no SWTOR gold that you can obtain. SWTOR uses credits as the universal currency, and not gold.

Star Wars: The Old Republic (SWTOR) was released in 2011 but has maintained a vibrant player community through updates, dynamic gameplay, and new stories and quests to explore. The MMORPG is set in the Star Wars universe, 300 years after the events of the related Star Wars video games, Knights of the Old Republic.

Players can join the game as a member of the Sith Empire or the Galactic Republic, choosing a class that aligns with their play style. The game features sprawling story paths and choices to be made, and a cast of NPCs that the player can interact with. As players make decisions, new relationships, opportunities, and story arcs open up and others close forever. Part of the staying power of SWTOR has been the replayability factor, as players can begin again and explore new factions, missions, and decisions.

Irrespective of the faction that the player joins upon entry into the game, players also possess morality along a dark and light spectrum. The choices that players make move their character toward the light and dark side of the force, and simply choosing the bad or good side does not ensure that the player remains there.

In SWTOR, credits are the main form of currency, used to buy strongholds, legacy perks, equipment, armor, and skills. No matter what faction, class, or race you become—you’ll buy things with credits. SWTOR credits are obtained through normal questing, credit farming, and PvP action in the world.

The Galactic Trade Network (GTN) is a place where players can buy and sell items from other players in the world. It’s accessed through the Vaiken Spacedock, Carrick Station, and through the console on your starship. You can purchase a GTN console on Coruscant or the marketplace on Dromund Kaas. Players can post items on the console at specific prices, and other players can search the GTN for specific items or just browse for good deals.

Vendors are NPCs who sell items according to their type, including: medical supplies, armor, specialty goods, PvP items, skills, starship upgrades, and security keys. There are a few vendors in each world scattered around, but there is always a concentration in marketplaces. 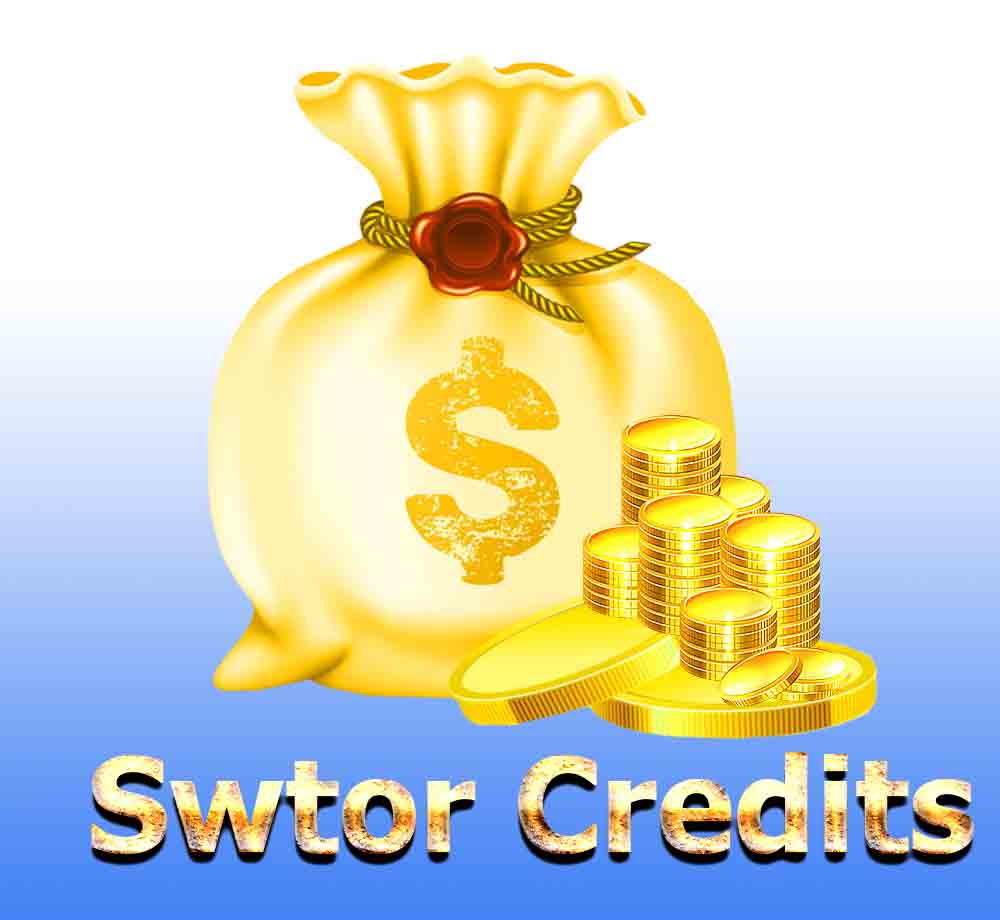 SWTOR credits are the main form of currency in the game. Strongholds, apartments or housing that can be customized and used as a base, are extremely expensive. Legacy perks, crafting skills, and alts are also big ticket items throughout the game. And of course, you’ll spend credits on more basic things like armor repair, items from the GTN, and armor augmenting and mods. Things are cheap early on, but endgame upgrades will run tens of thousands of credits.

There are some tactics for earning credits fast. But many players simply don’t have the time to grind through the amount of credits that are needed for some of these endgame upgrades. That’s why buying cheap SWTOR credits from a professional service like GMEMO is a great way to get all the awesome augmentations and special items that you’ll need to remain competitive in PvP at later levels.

About GMEMO and Why Buy from Us?

It’s not easy to win the trust and respect of gamers. But we’ve been doing this for over 10 years, and have committed to providing professional, high-quality services across a variety of games. We offer SWTOR credits at a fair price through a secure transaction process. We’re committed to customer satisfaction, and offer 24/7 live chat. If you have any questions about your order or the process, please reach out. We’re happy to help.

Ultrafast Delivery
We stock plenty of SWTOR credits to fill most orders in less than 10 minutes after we receive them. Our traders are experienced players who work closely with GMEMO to provide professional services.

Fair Prices
Our credits prices are adjusted in real-time according to the market. We also provide professional services and a refund guarantee, making us both the cheapest and safest place to buy SWTOR credits.

Great Reputation
We’ve been in the business for over 10 years. It’s given us time to improve our services, methods, and professionalism to ensure you get excellent service throughout the process. If you have any questions, don’t hesitate to contact our live customer service reps.

Refund Guarantee
If you change your mind or we don’t have enough credits for your server and there’s a delay, you can request a no-questions-asked refund anytime prior to the delivery of your order.

The item has been added to your shopping cart.