This is a real player Food Then Games’ video strategy. Today Gmemo.com would like to share Top 5 tips for new or returning players with swtor fans. All the content of this article is quoted from this video.

Here I am going to talk about top 5 favorite tips for new or returning players, and hope some of these tips will help you level up fast, and then earn more swtor credits, so let’s dive on into it.

The first tip is arguably the most important. Set your Security Key.

Head over to the office site: www.swtor.com. Log into your account, and then hit the my slow to R option on the left hand side. You have all of the different options, and you can click into one security key, and it is pretty far down the list.

Now the Security Key is important for two reasons:

It protects your account from hackers which is just arguably the most important part, but they give you a hundred complimentary cartel coin a month after having the security key established . That website they wear the security link features. You walk through how to set it up and normally it is just a mobile app, it’s super easy to use and it just keeps your account secure, which is really important in this day and age.

The cool thing is this feature will still be netting you cartel coins, so if you take a few months break, when you come back there are a few hundred cartel coins potentially in your bank, which is really nice and useful because there is always a use for a cartel coin.

The other cool thing is on the each of the fleet, there is a security key vendor and if you’ve never visited it, you should get from there. There is also the dancer outfit and the gloves which is something that all my characters generally works.

2. Use the Legacy System

The second tip is the Legacy System. Make sure that you are unlocking it in the moment which is level 10, and then left the starter planet slash area, and then you can unlock your legacy and get that whole process started the really nice thing.

You only need one character to unlock the legacy, and then it’s unlocked legacy wine, so that way all of your characters can take advantage of the system itself. You should have some quality of life perks and upgrade fast.

I am going to talk about the companion on a dialogue system. When I initially started playing this game, I thought it was like a typical Bioware game, however the influence between I with my companion would determine when and how I got conversations with them. Now that’s not the way, that is in support tour, it is used to be that way back but since they’ve changed system.

Now you have a companion influence system and conversations, so you get with them is entirely separate. From that way you get cutscene conversations with them, and you get to learn more about them and everything like that is you are progressing the storyline. When you get back to your ship or maybe you are on the fleet, sometimes in your stronghold, you will see a little triangle over their heads, which denotes they’d like to have a conversation with you. When you have that kind of cutscene conversation, you can start romances everything like that, however the influence system directly affects how effective they are in combat, you will see approval and disapproval options, just like a typical buy game when chatting with them, but the influence system just make them more effective in combat, so somebody with a higher influence level will be better , especially for higher-level missions. 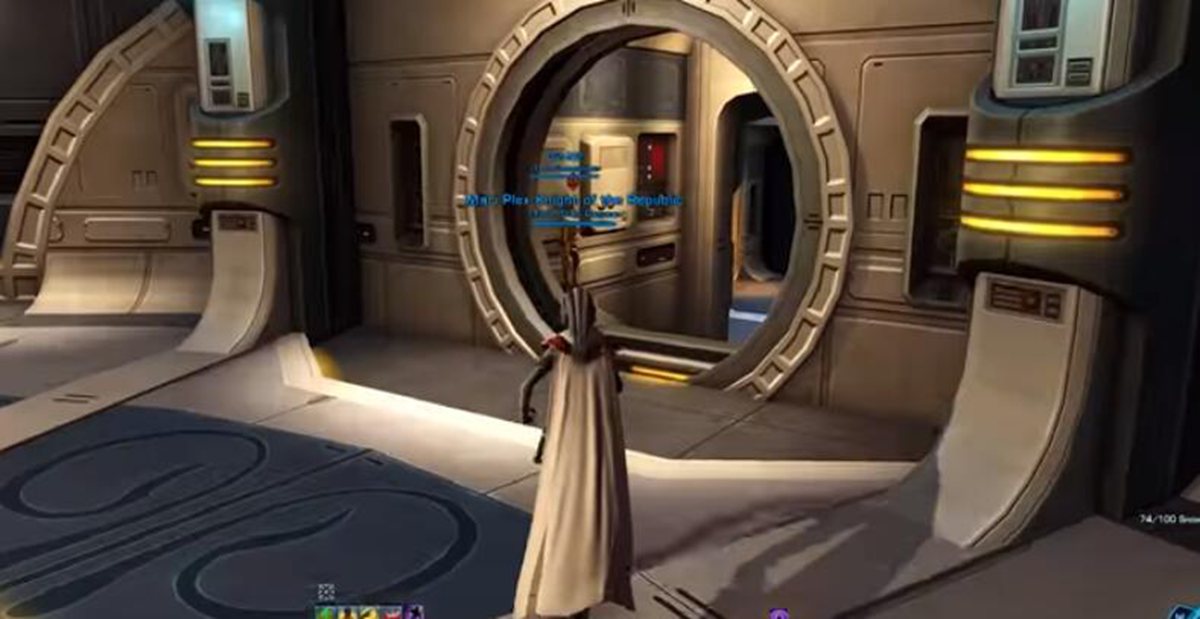 I am going to talk about the Character customization system for specific outfits.

I like to customize my characters, look down to what they are wearing at any given time, and it’s one of the things that allows me to play a particular character in a specific way.

This game has an outfit system, and it’s a little different than what the games that I have played. Here you can unlock with either cartel coins or credits various outfits. Lots of your character from there. you can put the different pieces that you’d like into the outfit slots for their respective spots, such as pants, boots, armband, and then you will end up having to pay a fee to apply it, which will be in credits. Now the cool thing is from there.

What is most comfortable for you, the better part is that you can save profile, and then load it into any of your other character, so whether you are starting a new character or you’ve got a whole host of other characters, you’d like to have the same customization that you’ve just made.

You can easily do that and swap between different profiles depending on what you are doing to take one step further if you head into the preferences section, and then into the key binding you can actually save the different profiles for your custom key bindings, and then quite easily apply that to any of your other characters which was really handy for me, because  when I set up the interface, you can see which is like the two bars in the bottom right side.

These days more and more orders of swtor gold at Gmemo, since it is cited as the best place to buy safe swtor credits by many gamers, so if you want to buy swtor credits from a reliable site, gmemo is your first chance.